Corrections raised by David McKenzie to the November 2017 minutes are as follows:

Add - Although not part of his NP responsibilities,

Add Cowal (to the central belt)

The KCC committee accepted the corrections

PC Donald MacKay reported that there had been 18 incidents but no crime reports.

Donald reminded the committee about the Festive safety campaign.

The new Inspector Duncan Maclean will at the next meeting to introduce himself.

The following planning applications have been submitted to LLTNP

Agnes Harvey had suggested that The Younger Hall might need planning for the installation of the defibrillator, as it is a listed building. R. Humphries has been in touch with The National Park Planning and a retrospective application will be made.

As a change to the agenda, Sue Morris Community and Services manager Argyll Forest Park gave KCC and the residents present the following information:

Sue said that there was a confirmed outbreak of phytophthora ramorum in the larch trees above Kilmun and that Forestry Enterprise Scotland (FES) is urging local residents to avoid the area behind Kilmun. The trees in this area are being cleared to try and contain this disease, which can be fatal to Larch. The trees affected and the trees nearby are being felled. Extra vigilance is being urged by the FES and the two access areas are to be fenced off. The trees are planned to be removed by February but no walking by the public or wood or branches are to be removed from the affected area.

Sue agreed to produce warning signs for the public, which KCC will put up in strategic places when walkers enter the area.

KCC agreed to put the letter and map on their prominently on KCC’s website.

(Included at end of Minutes)

Letter and map to be handed into the Post Office.

Sue Morris is going to produce a regular newsletters to keep the residents informed and she also said that she plans to attends KCC meeting a couple of times a year at least.

Liaison/communication with other local organisations / groups

Work is still progressing on the Cowal Communities Collaborative Calendar. There is a link to the calendar on the Kilmun and Ardentinny website.

BT said that there was someone set up to do the training for the defibrillator including CPR. Training will be arranged for January. Anyone who has not put their name forward already and who would like to do the training to email either Brian Tester testernest@btinternet.com or Janet Holm janetholm@btinternet to have their name added to the list.

The siting of the second defibrillator is to be discussed. Invereck House was suggested as it is nearer Clachaig and it is always opened.

council.  This is below the road near the doctors’ surgery.  It is nominally owned by

another.  It is a corrugated shed, which was originally a boathouse.  It is currently

It was agreed that BT, RH,  GH and local bird enthusiast , Alastair McGregor.  would

G Holm brought information about the Kilmun bird hide to the attention of the council.  This is below the road near the doctors’ surgery.  Peter Staley nominally owns it and he would like the community to take it over in some form or another.  It is a corrugated shed, which was originally a boathouse.  It is currently in poor condition and potentially needs work.

KCC agreed that BT, RH, GH and local bird enthusiast, Alastair McGregor would look at the hide and see what could be done to make it a community and potential tourist asset.

I reported at the last meeting that the Bute & Cowal Area Committee, at their meeting on 1 December 2015, had agreed that a further report on options for toilet facilities at Kilmun Cemetery would be brought to their next meeting. Their next meeting was on 2 February 2016, but the report did not appear on that agenda.

I asked officials why the report had not gone to the Committee. The response from Alan McDonald was,

“I can advise that the reason for the Feb 2016 report not going forward was due to discussions between the Department and Policy Leader at the time as Public Conveniences were to be considered as part of future financial savings.”

No Councillor on the Area Committee objected to the report not coming forward as agreed, and works on the project ceased at that point.

I then asked what happened to the £15,000 from the sale of the old toilets. The response was from Alan McDonald was,

“The Council’s rules at the time was the B&C AC would see 20% (£3k) of the total sale cost (£15k) go back to local projects. As agreed by Amenity Services – The PC unit within the cemetery grounds was to be tidied up given the closure of the pier units – Property Services carried out general painting of this unit at the time. (I have asked for these costs and will forward once received). The Capital project was to be considered as part of a wider plan and costs to upgrade the cemetery PC were around £100k to be DDA (Disability Discrimination Act 1995) compliant etc. A further proposal to create a disabled unit at car park was considered to be at around £30k. From my earlier email - The project was not taken forward by the Dept. I am not aware of how/where the £15k was allocated but will look to get you the answer on this.”

A request made by KCC to pursue the use of the £15000 to be used for the chemical toilet at the car park.

The response I got from the Dunoon roads office was,

“This was being dealt with centrally as part of the surface dressing program as the road marking reinstatement form part of that contract. I can only assume that the contractor was rained off before completing the rumble strip in Kilmun as this does require perfectly dry conditions otherwise the raised ribs do not adhere to the underlying layer of thermoplastic paint to give the rumble strip effect. There is also a centre line to be reinstated through the full length of Blairmore on the new surface dressing but the completion of the centre line at Grahams Point may have to be delayed until the Scottish Water works in Kilmun have been completed. I will pass this onto the officer in Manse Brae co-ordinating this contract centrally for all areas from Lochgoilhead.”

Pavement on the A815 between Invereck and Cot House

The money for cycling announced by the Scottish Government is for the 2018/19 financial year. I have asked Roads department if they can submit a bid for money for this stretch of footpath.

The Council has launched a consultation exercise on the Budget, see https://www.argyll-bute.gov.uk/planningourfuture2017 By 2nd January 2018

Area Committee grants have now become the Supporting Communities Fund. Grants of up to £2,500 will be awarded from this fund. The successful applications will be decided by participatory budgeting. Everyone living in Bute and Cowal will be entitled to vote for their favoured projects. See www.abpb.co.uk for how to submit an application.

Final draft can be found at:

This final draft is expected to be presented to the NP Board on December 11th for approval.

The conditions on use of this access which were applied when the planning permission was granted are still in force and are as follows:

The issues raised about the timber lorries and the amount of work on Kilmun Hill have been raised with both Gordon Donaldson and John Hair of FCS. Gordon’s response was:

‘I would expect that the times as outlined will have been built into the contract terms for the merchant working the area. As a result, if lorries are using the forest road for access or egress outwith those specified times, we can and will ensure that this activity is stopped. I would also expect the number of lorries to not exceed the numbers set out.

I note the comment is around work starting at 06.00 or earlier. This may well be the case for site works. Are there examples given of lorry activity in and out of the forest at this time?’

I suggest direct contact is made with Gordon / John by the KCC if there are continuing concerns.

As David was not present at the meeting this section of his report has been superseded by the input from Sue Morris (ES) see above.

‘If there is something on the agenda that would benefit from specific input from a member of staff of Forest Enterprise Scotland then someone, hopefully the right person could attend that meeting. Rather than have someone attend every meeting it would be better if contact could be made, ahead of the meeting, with the issue to be discussed given.

As previously advised, a total of 18 eligible applications were considered and 6 of these are now being offered grants.

Under the Built Heritage theme:

Under the Community Theme

17 Capacity Grant applications will also be awarded.  These grants support the core running costs of Community Development Trusts in the National Park. In the Kilmun neighbourhood, these include:

Victor reported that BKCDT had met on 4th December 2017.

The dumping of garden waste into the sea was discussed and possible ways of alleviating this problem. Discussion about whether increasing the awareness of children to this problem would help. J Holm is to find out whether this is discussed at the school. The meeting was reminded that this is a statutory offence if depositing litter in any case"

The problem of parking by contractors at the car park at Graham’s point was discussed. BKCDT to ask KCC to find out who owns the land and to make contact with ACHA to see if they are aware that this is happening and whether contractors have permission to use this space for parking and dumping materials.

BVT provided an update confirming that Blairmore Hall Trust and themselves have agree to jointly consult with the local community on the upgrade of the hall and development of the land surrounding it. It is anticipated that this will begin in January.

BVT also advised that they have received confirmation of an 'Indicative Grant Award' from the National Park to cover professional fees to support the community developments ongoing from the original Charette process in 2014.

After an initial evaluation of what had been achieved from the last plan the process is as follows:

The survey will go out after Christmas.

The timescale will be about approximately 9 months

Sue Minns said that there were sections on KCC’s website that was out of date. B Tester will look at website to check what needs undated

J Holm asked permission from committee to set up a Facebook page for Kilmun Community Council and incorporation the Shore Sweepers. Committee agreed to this. 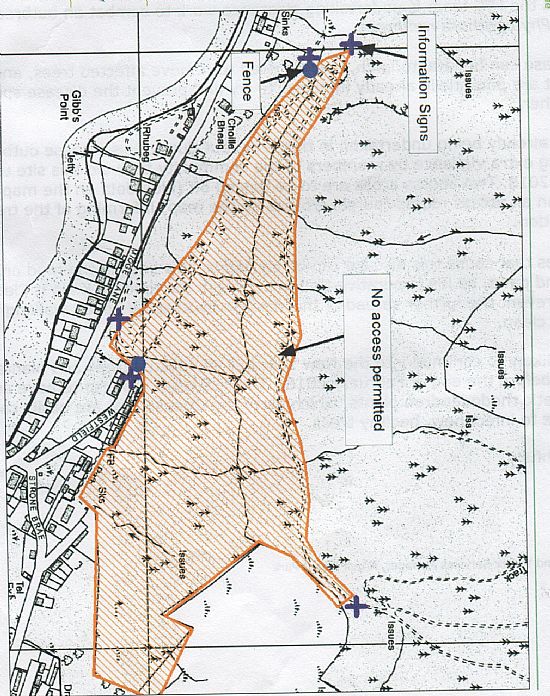